Who is Eligible to Buy a Firearm? 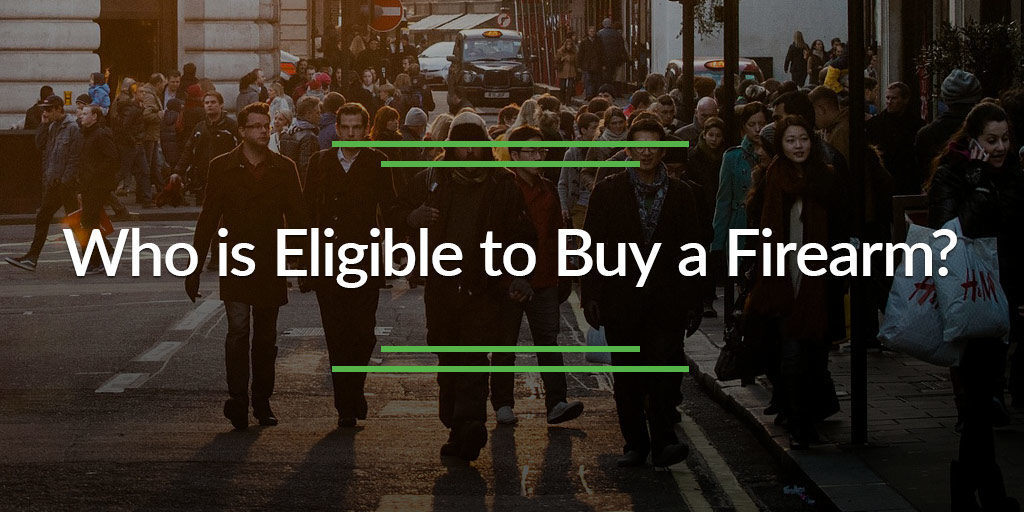 Federally licensed firearm dealers are required to check the eligibility of each potential buyer. Who is eligible to buy a firearm and who is prohibited?

While the Second Amendment preserves our right to possess firearms, it doesn’t prevent the restriction of ownership to certain people. As a federally licensed dealer, you are tasked with uncovering the status of each buyer. If a buyer doesn’t meet the test (and you are aware of their prohibited status), transferring a firearm to them is a crime for both parties.

The Second Amendment preserves our right to possess firearms, but doesn’t prevent the restriction… 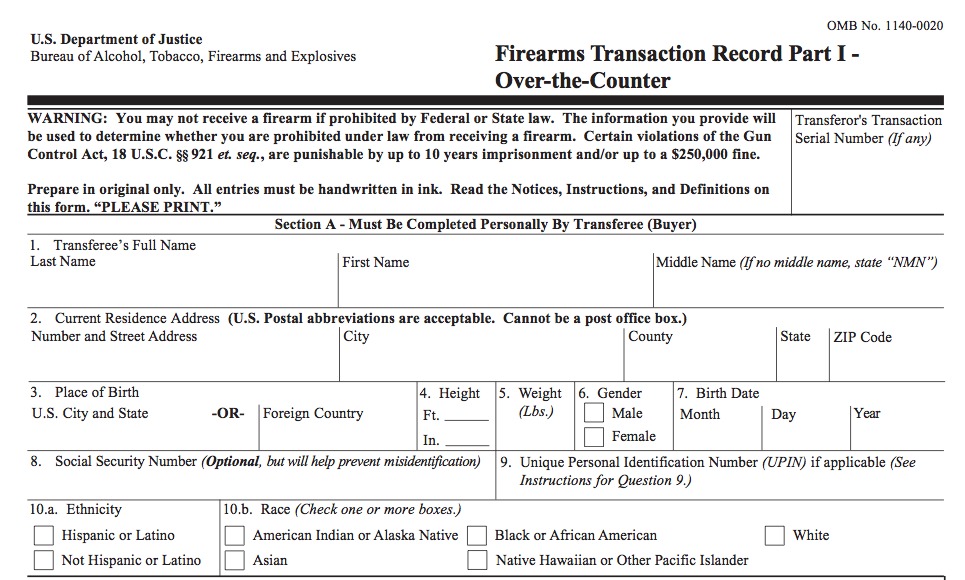 To uncover whether a buyer is eligible, you will consult the National Instant Criminal Background Check System, a database that checks for specifically prohibited persons. NICS pulls data from several databases as well as the FBI’s own sources. You can call or access it online. You’ll have to give the check system the buyer’s social security number and answers to Form 4473 questions.

However, NICS isn’t the only background check database. There are other services that check local databases for a clearer picture. Only 21 states require dealers to check these sources.

State and local authorities are not required to submit their criminal records to the FBI. Some do, but many don’t. The smaller the locality, the less likely they report to the FBI. It’s a known problem, but there hasn’t been a solution yet.

The Department of Justice requires the NICS to make instant decisions in most cases. The FBI says that the background check returns an immediate pass or fail 90% of the time. If the sale is denied, the dealer and buyer are never told why.

In rare cases, the FBI lacks the information it needs to make a decision. The Bureau will consult with their Criminal Justice Information Services Division. Here an examiner will contact other sources (such as other agencies or local law enforcement) to get more information.

The FBI has three days to make a decision. If the FFL doesn’t hear back in three days, he can legally sell the gun to the applicant. The dealer is under no obligation to report the sale to FBI, but they have to follow normal recording procedures (Form 4473, A&D recording, and any supplementary forms). This is called a “default proceed.”

In the event that a background check fails after the three day period, you are not responsible if you sold the gun. It’s the ATF’s responsibility to retrieve the firearm. These retrievals are pretty rare. In 2000, 45,000 firearms were sold as default proceeds, but only 5,000 triggered retrievals.

The Brady Handgun Violence Prevention Act requires NICS and the FBI to destroy any files or documents relating to the background check within 24 hours. FFLs, however, are required to keep evidence that the check was performed and its result.

The National Firearms Act of 1934 (NFA) restricts a number of firearms for anyone. In some states (like New York and California), you aren’t allowed to sell short-barreled (sawed-off) shotguns, automatic rifles, and silencing devices. In places these firearms and accessories may be owned, owners must register them with the ATF. Check with your state to make sure you’re following their rules. 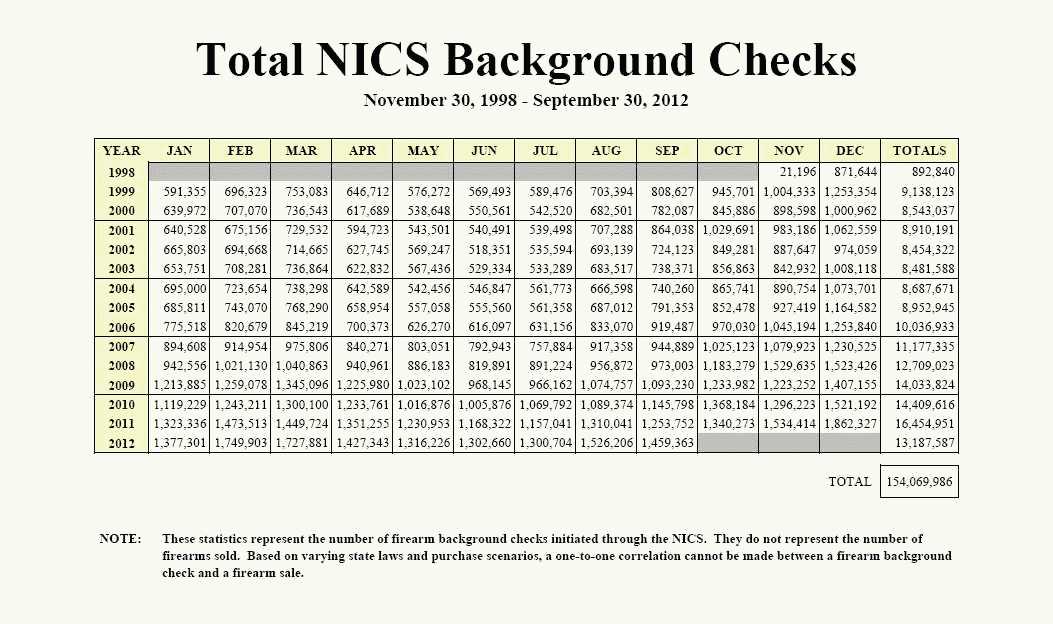 The Gun Control Act of 1968 created a class of prohibited persons that are not eligible to buy a firearm. For these people, possession of a firearm is an immediate felony. Furthermore, it’s a felony for anyone (include licensed dealers) to transfer a firearm to someone you have “reasonable cause” to believe is a prohibited person.

Every state except Vermont has defined additional classes of people who are prohibited from purchasing firearms. For example, while federal law prohibits the same to someone who has been involuntarily admitted to a mental health facility, some states extend that provision to people who voluntarily admitted themselves as well. It is essential that you check your state laws to stay compliant.

In most cases, people under 18 aren’t allowed to own rifles or shotguns and people under 21 may not own handguns. An exception can be made, however, if the person is a member of the Armed Services, has written consent from his/her guardian (but only for employment, farming, target practice, or hunting), or if he/she is forced to use it for protection.

By far, the most common reason a person is deemed ineligible to own a firearm is because of a criminal conviction. Since the NICS’ conception:

It’s difficult to deny someone based on psychiatric grounds. That has to be done by a judge, which is why only 18,678 have been denied this way. Very few people have been dishonorably discharged or have renounced their citizenship, so denials for these reasons are rare.

Now, it’s not like prohibited persons wear a sign around their neck when they attempt to purchase a gun. This makes it nearly impossible to identify them during private sales, which make up 20% of all gun sales. FFLs, however, can lose their license if they knowingly sell a firearm to someone they suspect is prohibited.

If a person is prohibited, but would still like to purchase a firearm, their only recourse is to appeal to the Attorney General of the United States an exception to the Gun Control Act. This process can take a long time. They will need help of their own legal counsel.

Never counsel a prohibited person to misrepresent their status or purchase a firearm through a private sale where a background check isn’t necessary. If they purchase a firearm, you will become an accomplice to their crime.

However, antique firearms are typically excluded from gun laws. A prohibited person would have to carefully check their state’s laws, which may control antique firearms even if the federal government does not.

As a business owner, you have the right to refuse service to anyone. It’s far safer to stay compliant and keep yourself out of jail by refusing to sell to someone who you suspect is a prohibited person, even if you don’t have hard evidence of their status.

For instance, if you suspect the buyer’s ID is fake and they aren’t old enough, don’t risk a sale. You should also refuse to sell a firearm to someone who you believe is under the influence of drugs or alcohol, has a substance dependency problem, or has a mental health condition.

Interestingly, federal law doesn’t restrict the sale of firearms to people who aren’t suspected as terrorists. New Jersey was the first state in 2013 to restrict firearms to anyone on the Terrorist Watchlist, which is administered by the FBI. If you suspect someone of this type of activity, do not sell them a weapon.