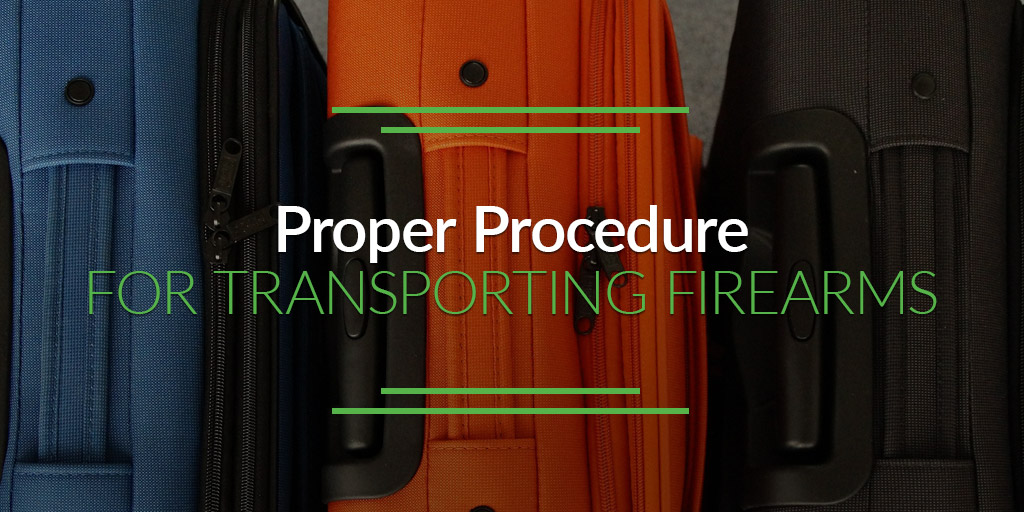 As a firearms dealer, you’ll inevitably have to transport firearms at some point. This guide teaches the proper procedure so you stay compliant.

But that’s all to be expected. There’s no argument that selling firearms is a sensitive business.

No firearms dealer wants their guns to end up in the hands of someone dangerous.

So it’s to be expected that the ATF and the states have put forth regulations on how to we transport firearms.

Transporting firearms is an inevitability. You’ll have to do it at some point. It may be as simple as bringing a firearm home to make a repair, or as complex as hauling a container of inventory to a gun show. In either case, you’ll have to know how to abide by regulations.

How to Transport Firearms 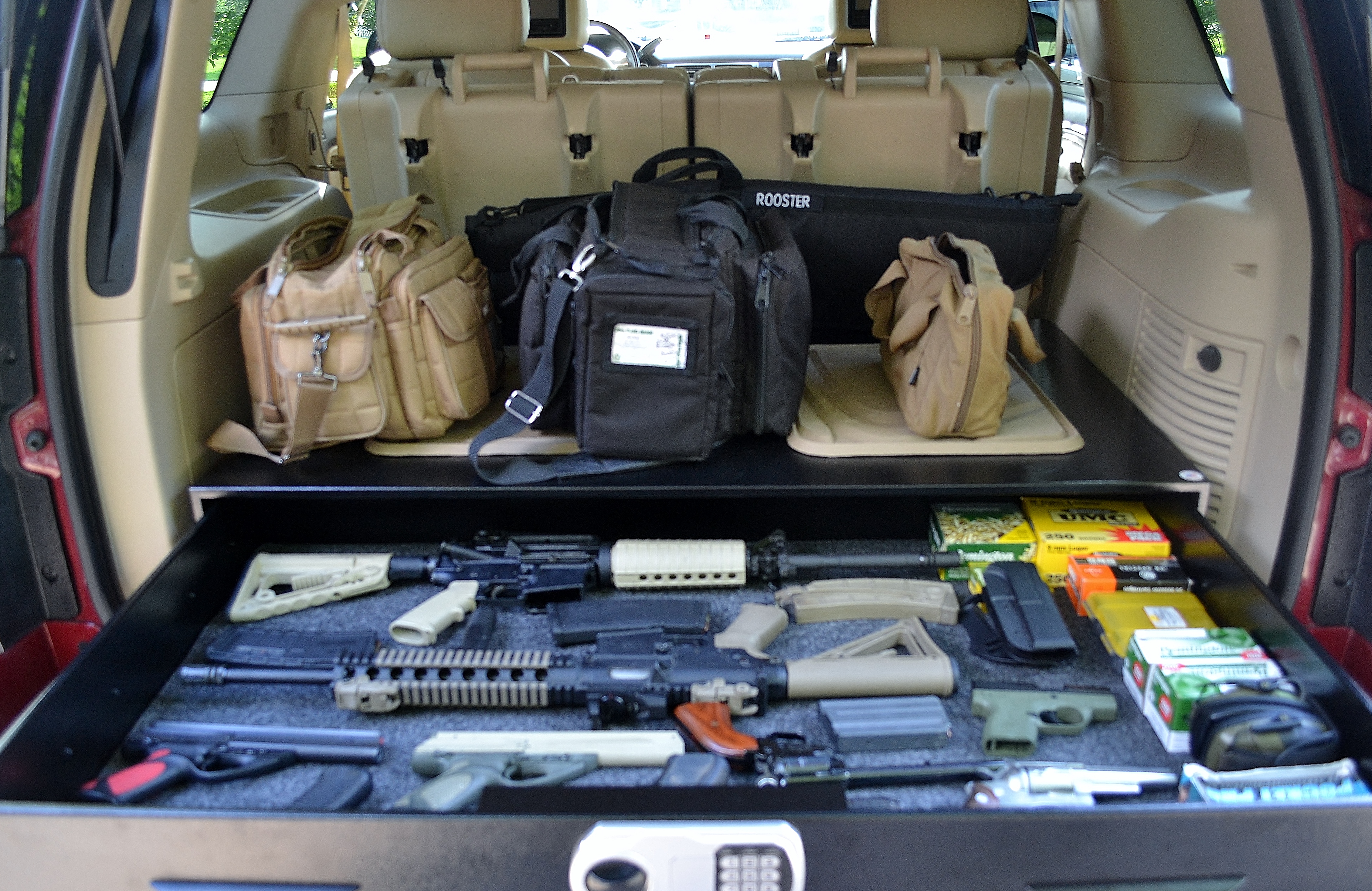 First, make sure you aren’t prohibited from shipping, transporting or receiving a firearm. If you have your Federal Firearms License, you likely aren’t prohibited, but certain restrictions may come about after you receive your license. Smart Gun Laws has a great guide on prohibited persons.

For instance, you can be disqualified from possessing a firearm if you have any active restraining orders or domestic violence charges. If either of these have occurred, you could be prohibited from transporting firearms, even if your license hasn’t been revoked yet.

Second, keep in mind that you’re still bound to traditional law. You may transport a firearm from a lawful place to a lawful place, and only for a lawful purpose.

For example, transporting a silencer from Oregon to Washington would be lawful (providing you have a Class 3 FFL). But transporting a silencer from Oregon to California would be unlawful because California does not permit the transfer of NFA firearms. If you break the law, you’ll still be held accountable, even if you have an FFL.

Third, the firearm must be unloaded. It doesn’t matter if you’re in a rush, planning to demonstrate the product, or anything else. Always keep firearms unloaded. (Truthfully, this is good advice for any gun you sell at any time.)

Don’t forget that the states are allowed to create laws and regulations that tighten federal law (they just can’t loosen federal law). It is absolutely essential you know what the laws of your state say about transporting firearms.

If you are stopped by a police officer, he or she will undoubtedly want to know why you are carrying firearms. It’s good advice to be open with officers that you have several firearms in the vehicle as well as your license status. That officer will apply the laws of the state you’re in at the time, which may be more stringent than base federal law.

States like New York, Pennsylvania, Massachusetts, New Jersey, and California have extensive firearm laws. If you’re in any of these states (or plan to pass through them with firearms), know their requirements well.

A majority of firearm sales come from three main weapon types: long guns (rifles and shotguns), handguns, and firearm frames or receivers. Many dealers only sell in those categories (along with ammunition and accessories).

NFA firearms are a special class of weapons. These firearms can be legally owned under federal law, but some states heap on additional provisions or prohibit ownership altogether. Sometimes NFA firearms are referred to as “class 3 firearms” because they require a special Class 3 FFL.

NFA weapons include short barreled shotguns, sound suppressors, short barreled rifles, machine guns, and “any other weapon.” That last term is intentionally vague. So far it’s been used to classify pistols with more than one grip, gadget-type firearms (a gun in a guitar case or cane, for instance), and shoulder-fired weapons.

If you don’t have a Class 3 FFL, you are prohibited from transporting NFA firearms through the following states: Massachusetts, New Jersey, New York, Rhode Island, California, Delaware, Iowa, Minnesota, and Washington D.C. If you have a Class 3, however, most of those states’ regulations aren’t applicable.

If you run a business with employees, you may use them transport inventory from time to time. This is especially useful if you have multiple locations, deliver products by hand, or use various sales channels.

The Gun Control Act of 1968 created controls for transferring firearms. This legislation makes it illegal to transfer a firearm to an unlicensed person. The Brady Handgun Violence Prevention Act created the requirement to perform a background check through the NICS on all transferees.

However, an FFL may temporarily assign a firearm to an unlicensed employee, agent, or representative, as long as that person is not otherwise prohibited from possessing a firearm. This is because possession still remains with the FFL and no transfer is made. The assignment has to be for a “bona fide business purpose,” except to sell or dispose of the gun. So you can’t assign a firearm to an unlicensed employee so they can hunt or shoot targets.

So does this mean employees of an FFL can transport firearms? It depends.

It is lawful for an employee to transport a firearm, as long as no transfer or disposal is made. An employee could move inventory between locations, take it home for cleaning or maintenance, or haul it to trade shows. As long as the employee is fulfilling a business purpose and the firearms remain in the possession of the business, no law is broken.

Like anything else that has to do with selling firearms, the best strategy is to stay compliant. When it comes to transporting firearms, keep them in the trunk, know your state laws, know what you’re transporting and if it’s allowed in your state, and use your employees wisely. If you follow this advice, you’ll keep yourself out of trouble.